It is my sad duty to tell you all that the former (Dutch) worldchampion (2014 – 2018) mr. Hans Sonderman passed away last week.
Hans was a very special person. Most of the time you did not see any emotion when he was smoking his pipe, promoting the culture of pipe smoking. But sometimes his hidden passion was visible during a CIPC championship like the one in Poznan / Poland (2013). His best effort was one year later in Cologne. He became the world’s best pipe smoker during the official world championship (2014).
A very memorable event together was a personal meeting in the innercity of Dordrecht with our King William Alaxander, who was given the specially made claypipe for his birthday.

We will miss Hans! 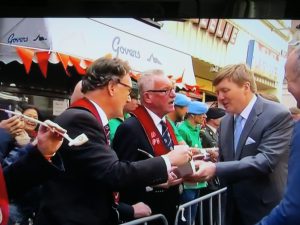 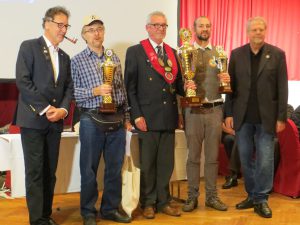