I don’t think my younger self would quite believe what I’m writing about today. Growing up anti-cigarettes and anti-smoker, I am now going to write about my support for the smoking community and my hope to bring back archaic forms in which to smoke. 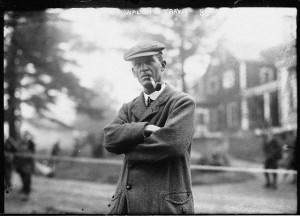 Let’s begin with the smoking ban of 2007. I wasn’t legally old enough to drink in bars and pubs when smokers ran free. That’s not to say I didn’t experience this time, eating out with family and possessing a fake ID meant I saw inside these tobacco paradises before they were cleansed. Perhaps it just me romanticising the past but I seem to remember a superior atmosphere in these smoke ridden drinking holes, compared with today’s polished Wetherspoons. At the time the ban came in I must admit I was in favour, I fell for all the nonsense about second hand smoke, and being an athletic young man at the time I thought we should rid the world of these poisonous creatures. I’ve grown up since then, and realised these smokers are just like everyone else, I’ve even befriended a few of them. In fact, pretty much all my heroes are smokers; Christopher Hitchens and Hunter S Thompson were rarely seen without a smoke. Sending these friends and heroes of mine outside to puff on a ciggy seems a little rude and unnecessary; sending them to a designated area away from food seems adequate to me.

As for the health risk, I’m not convinced that sitting in the same bar as someone whose smoking is going to do too much harm. If people are fine with the underground and car fumes, then what’s the really the deal with cigarettes?

I’ve noticed a decline not only in smoker’s freedom but also in the form in which they choose to smoke. I’m talking primarily about the pipe. I’m worried for the pipe. I cannot see it surviving much longer; it’s simply going to die out. The younger generation have to pick up the pipe quick. I’ve thought about helping the cause myself but 22 is really too old to start smoking.  The cigar too I’m worried for, the only people you see smoking the cigar nowadays are toffs who are celebrating. The cigar has also been dealt a bit of bad publicity too recently with the Jimmy Saville case. Saville was once an advocate for the pipe, but today who would want to be associated with him? I propose to the gentlemen and women reading this, let’s bring back the pipe. Ladies would you not agree, a man with a pipe is infinitely more suave, and classy than a man with a rollie?

What I’d love to see one day is a man smoking a pipe sat in a pub. What a beautifully British picture this paints. What would make this picture even more exquisite is if this man was donning some Monsieur London accessories.