The 2017 Chicagoland Pipe and Tobaciana Show was held Saturday and Sunday the 6th and 7th of May at the Pheasant Run Resort in St. Charles, Illinois. For those who have not attended the show, it is the world’s largest pipe show. Over 300 vendors sell pipes, tobacco and other pipe-related items as well as collections of pipes put on display. 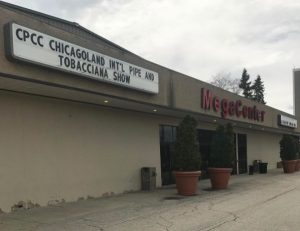 The show actually starts before the weekend. On Wednesday and Thursday, two pipe making seminars were held. One concentrated on pipe finishing hosted by Lee Erck, Joe Nelson, Mike Butera and others. There was also a 2-day course in meerschaum pipe making hosted by Turkish carver, Ismail Celebi. On 4 May one could also attend a tobacco blending seminar.

Then on Friday was the “Swap and Smoke” where anyone can buy, sell or trade pipes and tobacco. Also known as the “preshow,” this event is always well attended. Serious pipe collectors often attend and will buy out whole tables of pipes from an individual carver.